Bullied at Work: The Ultimate Guide To Handle It (With Resources!) 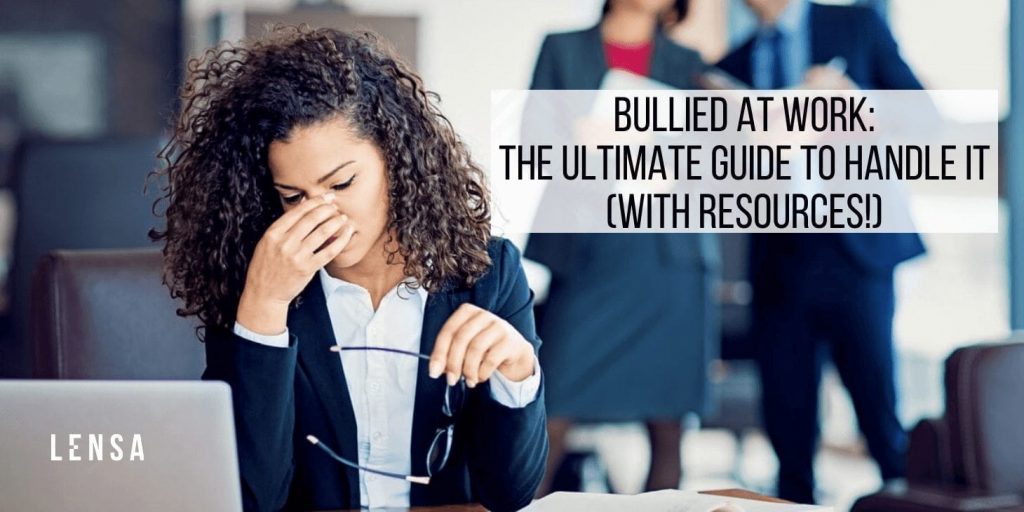 If you have been bullied at work, you are not alone. According to the Workplace Bullying Institute, upwards of 60.3 million U.S. workers report having experienced workplace bullying in the course of a year. Though anyone can certainly be a target for bullying, there are definite gender and racial differences in play. Over 70% of the perpetrators are reported as male, 65% of the targets are female, and Hispanics are identified as the most-bullied race.

Unfortunately, even though bullying causes stress and affects work performance, some employees who experience bullying have still been hesitant to report it. The reasons behind their hesitation are often complex but may include the following:

If you are currently being bullied at work (or have witnessed workplace bullying in action), it’s important that you understand what bullying is and the forms it takes, what it means for everyone involved, and how it impacts the overall workplace environment.

The evidence suggests that if workplace bullying is ever going to end, we will all need to band together to put a stop to it.

What Exactly Is Workplace Bullying?

“[Workplace bullying] is a type of aggression wherein there is an imbalance in power. The person who is bullying holds the power over the individual who is victimized.” (WiseStep)

As we mentioned already, the reasons people don’t report bullying include fear of retribution and lack of confidence in the reporting system. One reason they experience these reservations is the basic imbalance of power between themselves and the person they would like to report.

Consider this scenario: Angela is being bullied by her team leader. He is rude to her, makes disrespectful jokes about her weight, and often singles her out for the hardest and least rewarding tasks on the team. She’s tried speaking up and questioning him in the past; but when she’s done so, her team leader not only berated her in front of her coworkers (publicly shaming her), he then proceeded to double down on his behavior, treating her worse than ever. Angela is now extremely discouraged. Not only did standing up for herself backfire, but the silence of her coworkers as all of this unfolded also taught her that she couldn’t depend on them to advocate for her or offer their support if she tries to take her complaint further. Reporting her team leader’s behavior to HR or going over her team leader’s head could jeopardize her job and therefore her livelihood.

No wonder Angela feels stuck. Short of advocacy or intervention, it seems unlikely her situation will improve.

How to Identify Bullying in the Workplace

In order to protect yourself and your coworkers from being bullied at work, you must learn to recognize the three basic types of bullying and spot the signs that they’re being practiced at work. Only then can they be effectively addressed.

What Types of Bullying Are There?

Though workplace bullying can take many forms, they all generally fit into three basic categories:

If you’re willing to look for the signs, you can spot bullying behavior at work a mile away.

What Are the Signs of Bullying or Workplace Harassment?

Think you or a coworker may be in trouble? Here are a few red flags that point toward being bullied at work:

While this list is not exhaustive, it does give you some benchmark behaviors by which you learn to spot bullying behavior. If you suspect that you or someone you work with is being bullied, don’t delay taking steps to report it.

Delaying could have serious consequences.

How Does Being Bullied at Work Affect Your Mental Health?

Naturally, workplace bullying leads to low morale and poor job performance. When your work is constantly being undermined, your behavior mocked, and/or your requirements constantly shifting, it’s hard to find the energy to do your best.

Unfortunately, the cumulative effects of being bullied at work don’t stop when you clock out. According to Verywell Mind: 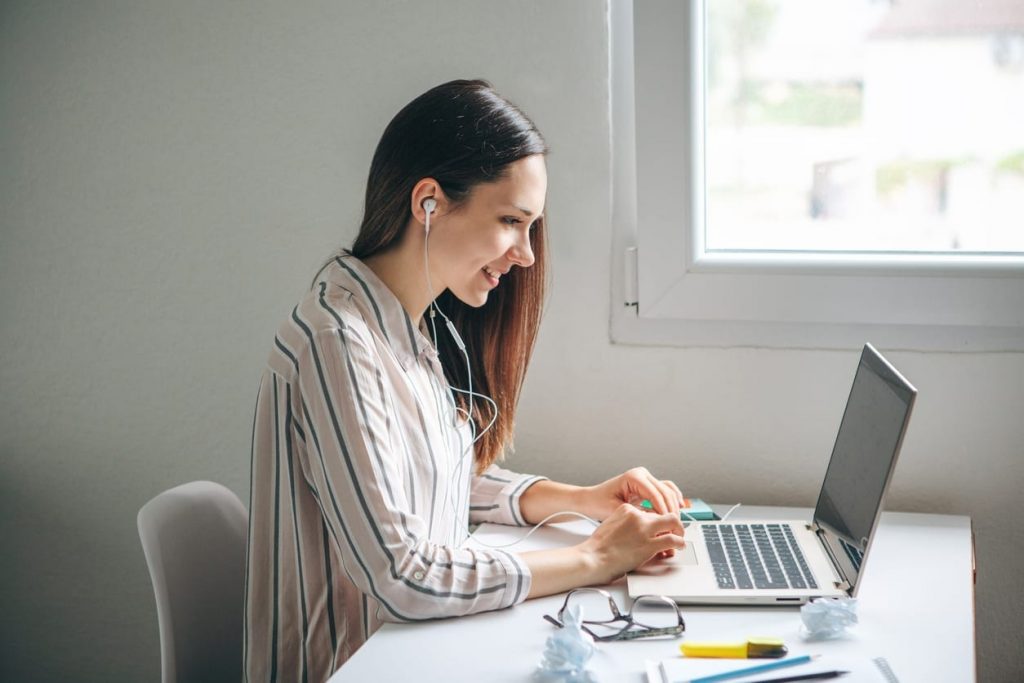 Being a victim of bullying can cause physical and psychological health problems, including:

Unsurprisingly, the victims of workplace bullying take higher levels of anti-depressants and anti-psychotic medications than other employees, and their experiences with bullying can leave lasting marks on their emotions.

How to Handle Being Bullied at Work

Workplace bullying is not okay. It’s a serious matter with both personal and corporate implications. Fortunately, there are tools available to handle being bullied at work.

If you’re a reader, check out The Bully-Free Workplace: Stop Jerks, Weasels, and Snakes from Killing Your Organization by Gary Namie. This practical guide moves past short-term solutions to offer the sort of preventative measures that will lead to long-term fixes.

For those who prefer to listen rather than to read, we recommend the Workplace Bullying Institute’s podcast. Informed by qualitative and quantitative research, these podcasts address the issue from many angles. With 39 episodes currently available, no matter what your issue with bullying may be, you’re likely to find good advice here.

Additionally, there are several organizations doing great work around this issue. One such is Empower Work. Their stated mission is “to create healthy, equitable workplaces where employees are valued, supported, and empowered.” One amazing service they offer is consultations (via confidential text messaging) with a trained peer counselor. If you’re looking for some advice to handle being bullied at work, this might be a good place to turn for advice on the first steps.

Another organization we appreciate is Culture Cure. Positioning themselves as the “leading toxic workplace resolution service and community,” they are well-positioned to help those who feel lost, undermined, and trapped in a toxic workplace environment. Stop by their site, check out their resources, and perhaps even avail yourself of their services. They offer both consultations and online courses to help you restore your self-confidence, strengthen your sense of wellbeing, and (if necessary) plan a toxic-free exit strategy from your current place of employment.

Finally, we want to point you toward the STOPit App. Designed to help end workplace harassment, this app streamlines the process of reporting bad behavior at work so that it can be addressed proactively by the company.

While we’re thankful for the help these tools provide, we’re sad that they even need to exist in the first place. Workplace bullying is not something anyone should have to live with; and hopefully, by working together to stop bullying at work, we can join hands to help shut it down.

Struggling at work? Thinking of changing jobs or seeking a new employer?

Check out Lensa now and learn about new and exciting job opportunities in your field! 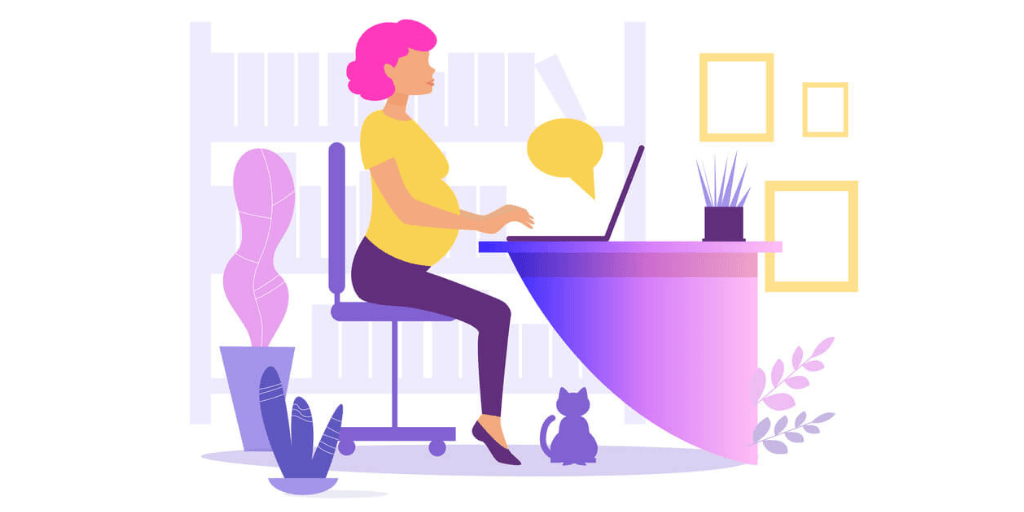 Searching for work-from-home jobs for a pregnant woman may seem like a daunting task. To help you find them, we’ve put together this list of jobs. 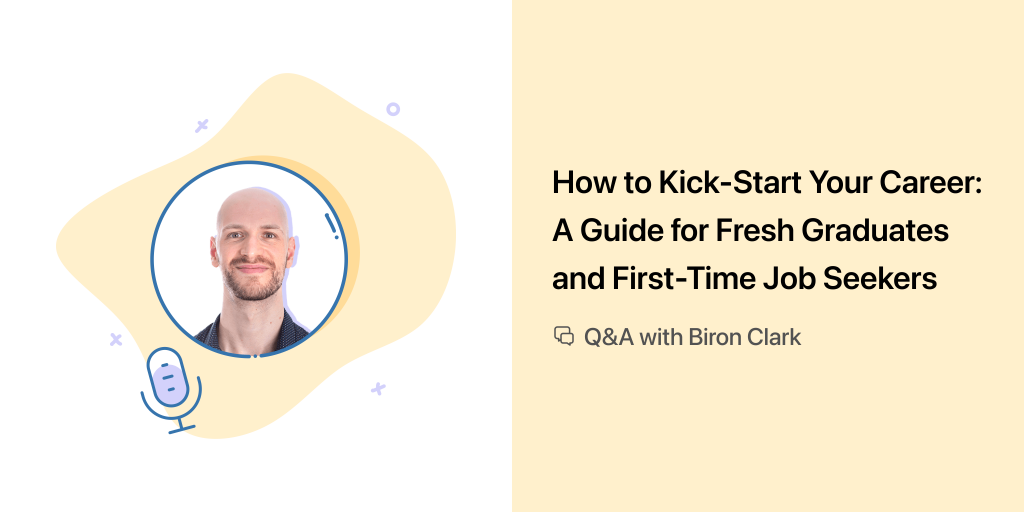 How to Kick-Start Your Career: A Guide for Fresh Graduates and First-Time Jobseekers

Find out from a recruiter and job seeker advocate what issues young job seekers face and how they can start off their career on the right foot.