The Ultimate Guide to Dealing With Racism in the Workplace 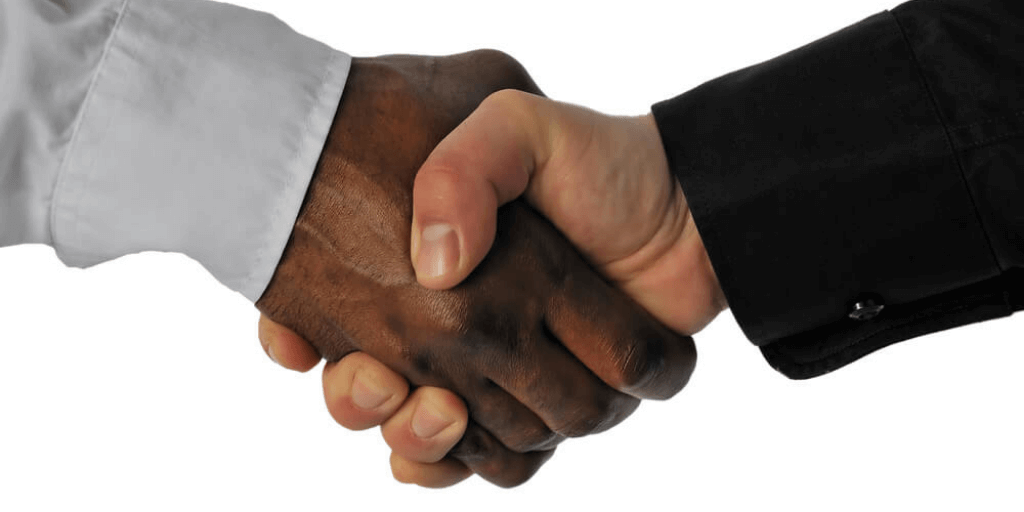 There are many cases of employees experiencing racism in the workplace, Here, we will tackle all about dealing with racism and some practical solutions that can help everyone.

In 1992, Tupac released a song called “Changes.” In it, he lamented that although time keeps passing, he’s not seeing the changes in the world that he would like to see.

If we’re honest, many of us can identify with Tupac’s lyrics because we’ve felt the same way, especially at work.

It’s not that the workplace isn’t becoming more diverse and inclusive overall. The American workforce has made great strides in that area, over the last few decades especially. But while organizations are being intentional about adding employees of all backgrounds to their staff, they’re being less intentional about guarding against racial discrimination in the workplace.

In short, this leads to an uptick in instances of racial discrimination.

What is Racism in the Workplace?

According to the U.S. Equal Employment Opportunity Commission, racial discrimination at work is a serious problem:

Race discrimination involves treating someone (an applicant or employee) unfavorably because he/she is of a certain race or because of personal characteristics associated with race (such as hair texture, skin color, or certain facial features). Color discrimination involves treating someone unfavorably because of skin color complexion.

Race discrimination also includes treating someone of the majority culture unfavorably because they’re married to or choose to closely associate with others of a certain race or color, and it can even take place among people of the same racial group, color, or ethnicity.

This could take the form of harassment or bias.

Although it’s against the law to harass someone because of their race, ethnicity, or the color of their skin, this sort of behavior does take place at work, unfortunately.

Racial harassment at work may take any of the following forms:

While these circumstances are serious, they sometimes tend to overshadow the more pervasive issue of teasing. Simple teasing and isolated incidents may not feel like a big deal; however, they can have a cumulative effect that contributes over time to a hostile work environment. And rightly so. No one should have to endure an environment in which they are constantly made to be the butt of a joke.

You need not be either on the giving end or receiving end to be part of the problem or part of the solution. As we will discuss in more detail later in this article, refusal to participate is not enough. If you hear this sort of harassment taking place, shut it down immediately.

Racial biases can include both conscious and unconscious prejudicial views that have developed over time and are based on stereotypes and negative perceptions, about other groups of people. (Though racial biases are serious and prevalent, this category can also include negative feelings against specific genders, ages, gender identities, socioeconomic statuses, and disabilities as well.)

Identifying internalized racial biases on our own can prove difficult. That’s why companies will invest in hiring consultants, seek to audit their current policies and practices, and require the staff to undergo racial bias training to help them identify and eliminate implicit biases. This is hard, emotional work, but it pays great rewards.

Statistics of Racism in the Workplace

Unfortunately, even with all the efforts that companies and organizations are putting into creating safe and equitable work environments, 42% of all employees say that they have either witnessed or experienced racism at work. Yes, in the twenty-first century. Even more upsetting, this statistic trends higher than the global averages, and Americans should look inward and do some serious soul-searching regarding why this may be so.

This number is alarming, but so is this correlated issue: minorities who are willing to “whiten” their job resumes get more interviews.

Those in the majority culture might prefer not to think about this harmful reality. However, when we are forced to confront statistics like these, it’s easier than ever for all of us to see the validity of Tupac’s lament in his song “Changes.” Though work to combat racism and discrimination in the workplace has definitely been taking place over the last few decades, it does feel sometimes like the more things change, the more they stay the same.

These statistics alone should help prove the ongoing need for cultural heritage months such as Black History Month and organizations such as Black Lives Matter, both of which can help combat racism and racial discrimination directly.

Black History Month in the Workplace

Here in the United States, February is set aside as Black History Month, a time to celebrate the history, achievements, and contributions of African Americans. Though it’s often given more attention in school systems than anywhere else, celebrating Black History Month in the workplace can help break down barriers and foster a more equitable environment for everyone.

A few ways to celebrate Black History Month at work:

Black history is American history, and bringing that energy into the workplace can help minority and POC employees feel seen and help stop discrimination in the process.

Black Lives Matter in the Workplace

While Black Lives Matter may be known more for street protests of injustice and police brutality than anything else, the movement has begun to find its voice in corporate boardrooms as well.

At the very least, leadership has a responsibility to affirm that Black lives matter and speak out against racial injustice. By creating space in which employees of color can have a voice, they must listen well, support initiatives that promote justice and equality, and help build a workplace culture that encourages respect for employees of all backgrounds. 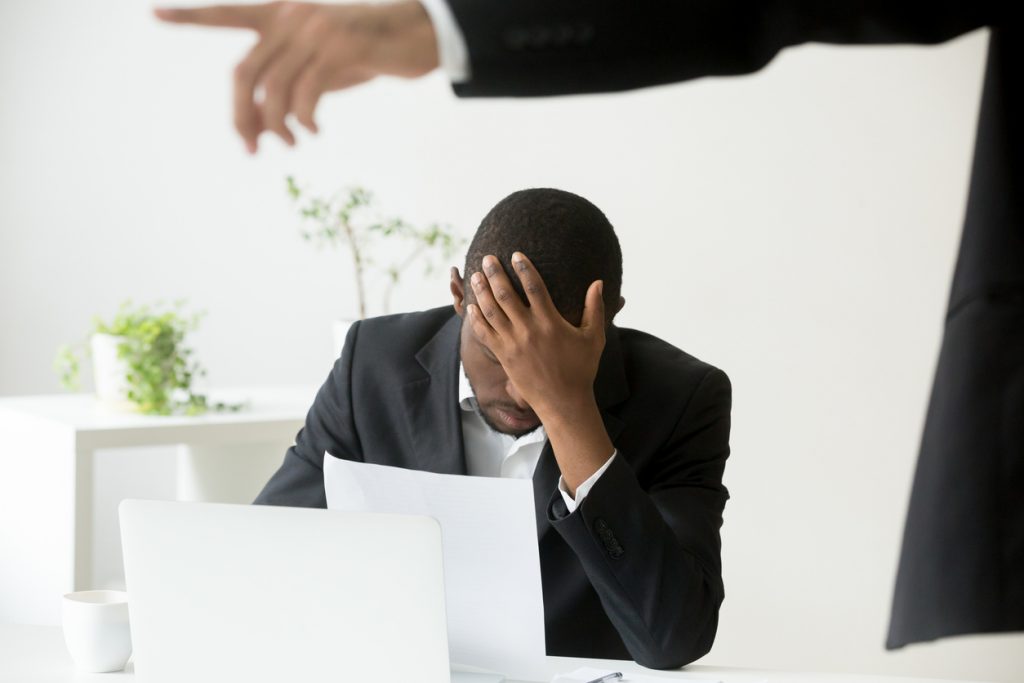 When that happens, companies could finally be on their way toward eliminating racial discrimination and racial harassment.

What is the Difference Between Racial Discrimination and Racial Harassment?

Though these two circumstances are related, there are some key differences.

Racial discrimination is the broader of the two terms. It refers to situations in which an internalized bias leads someone to treat others differently from their peers. While a bit harder to pin down, racial discrimination has serious ramifications. It can lead to Black employees being passed over for promotions, be unfairly criticized in meetings, and overlooked or ignored in social situations.

A subset of racial discrimination is racial harassment. This is a targeted action that includes words, actions, or both.

Protections Under the Law

The Civil Rights Act grants protection from discrimination and harassment under the law.

This act protects employees and job applicants from employment discrimination based on the following:

If you are facing discrimination or harassment in the workplace, you don’t have to suffer in silence. You have options.

How to Deal with Racism in the Workplace

Although it isn’t easy, we can all work together to stop instances of racism and discrimination at work.

Overcoming Racism in the Workplace

Overcoming racism in the workplace isn’t the responsibility of minorities and People of Color. Instead, it takes everyone working together.

Stopping racism and discrimination isn’t a one-person job. It’s going to take all of us working together, from members of the board to CEO’s to frontline workers and everyone in between.

Some good places to start:

Connect with Your Human Resources Representative

If you have experienced or witnessed workplace discrimination, it’s important that you take advantage of all supports at your disposal. Always be sure to reach out to HR.

It is their responsibility to help work through issues, foster difficult conversations among the leadership and the staff, and help protect underrepresented employees from racism, discrimination, and harassment.

Looking for a more equitable workplace where diversity and inclusion are celebrated? Here at Lensa, we provide a feature that rates companies on the diversity of their staff.

Check out Lensa now and learn about new and exciting job opportunities in your field!

Where do women receive the most equal pay in the US and around the world? Equal pay for equal work

Being made redundant is not a great feeling, and can often be a very difficult time for many people. Searching